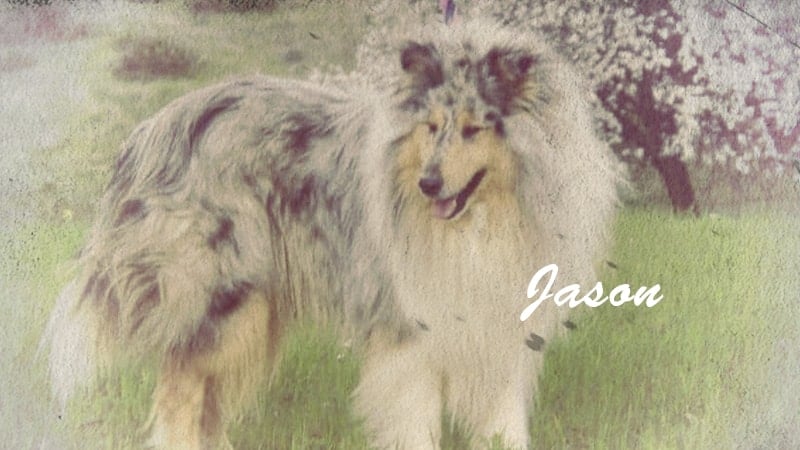 When Constantinos first laid eyes on Jason, little did he know the small bundle of puppy-fluff would one day risk its life to keep him safe. The tiny pup destined to secure his future was simply a nostalgic reminder of his childhood past. 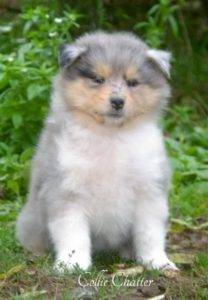 While a young boy living on the island nation of Cyprus, Constantinos grew up with two Rough Collies, which were very popular at the time. The Lassie craze was at its heyday, with the canine star’s TV show running for nearly two decades and her movies being regularly released in cinemas.

As an adult, Constantinos wanted Collies again, but his search of Cyprus (an island roughly the same size as the U.S. state of Connecticut) revealed that his favorite breed had essentially become extinct there. He eventually decided to import from a top Hungarian breeder.

Constantinos has a degree in Animal Husbandry and owns a hobby farm where he keeps ponies, pygmy goats, ouessant sheep, cats, chickens, pigeons, and various waterfowl. A dedicated vegetarian, he does not eat meat and keeps his animals “only for pets and for fun.”

He needed a versatile dog he could trust around his menagerie. Rough Collies have reputations not only as top herding dogs, but as livestock guardians as well, being nimble enough to keep up with flocks yet large enough to offer protection.

His chosen breed did not disappoint. As Constantinos put it, “I didn’t train Jason. Collies are born with the herding and guarding instincts; they have it in their blood.”

Though a natural herder, Jason was never rough in his handling of the livestock, as some droving breeds tend to be. He was just as gentle with the farm animals as he was with people. And people, for their part, loved him at first sight. 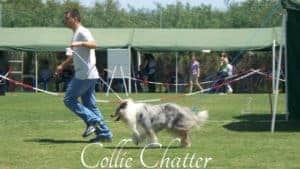 For several years, Jason proved his worth as farm, show, and family dog. Then one day in his ninth year, he officially became a hero.

Jason and Sharon were following Constantinos on his rounds, as they normally did, with the chickens next in line to be fed.  Then, just outside the chicken coop and less than a meter from Constantinos’ foot, Jason discovered something. Something that – through his keen nose or some primordial instinct – he knew to be dangerous.

Jason leaped between his master and the Blunt-nosed Viper, barking a warning. The serpent did not retreat, so Jason lunged at it, snapping. In a blur of movements faster than the human eye can blink, the viper lashed out, striking Jason again and again, inside his mouth, on his head, legs, and chest… Jason fought back, snarling as he sunk his own fangs into the snake’s body.

Frantic with worry for his dog, Constantinos ran to find a stick and enter the battle himself. Sharon, attempting to defend her mate, also jumped into the fray and was bitten once on her muzzle. Outnumbered and injured, the viper called off its attack, slithering away with the dogs in pursuit to make sure it left.

The snake disappeared, probably to die of the wounds Jason had inflicted. Constantinos didn’t see it again.

The entire battle was over within heartbeats.

In a few minutes, Jason started swallowing convulsively, struggling to breathe. He had been bitten over ten times. With so much venom in his veins, his suffering was not prolonged. There was little Constantinos could do for Jason but be there as he passed.

Sharon was in a bad way. Constantinos, though unsure she would survive, nursed her and coaxed her to swallow antibiotics for a week. With this treatment, she made a full recovery.

If Jason had not deliberately placed himself in harm’s way, it might have been Constantinos who needed to be nursed back to health. He had not even seen the viper until Jason began barking. As an ancient king once said, there was “but a step between me and death.”

Constantinos had this to say in praise of Jason:

“He was such a lovely dog, truly a sweetheart! Brave, faithful, loyal, loved people – especially kids. He was a friend to all my animals: cats, goats, pigeons, chickens… He was a perfect example of a Rough Collie, a truly magnificent dog!”

As a result of Constantinos reintroducing Rough Collies to Cyprus, he assumes there are now 15-20 (at most) of these wonderful dogs on the island, all of them direct descendants of his own dogs.

From the two litters that Jason and Sharon had together, Constantinos kept a son and daughter. He now also has one of Jason’s granddaughters, so, as Constantinos says, “his legacy will continue.” 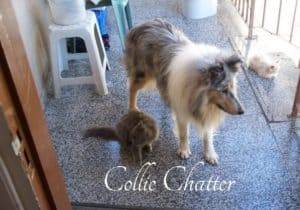 Man in ICU after viper attack

A Portrait of Pixie