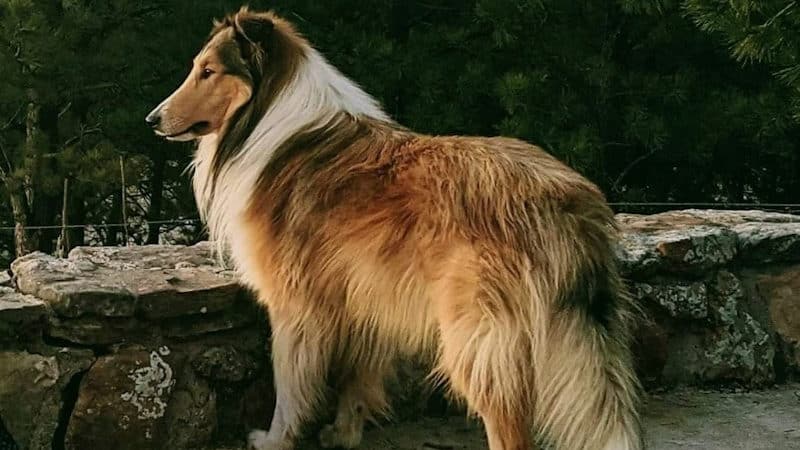 Where Are The Collies Our Grandparents Owned?

Six years ago, I began my search for a Collie. I did not know much about the breed at the time, but I had my heart set on a “Lassie” dog from my childhood memories. You know, the farm Collie who saved kittens from a burning barn, rescued Timmy from dangerous situations, fought off predators, and nursed injured animals back to health. Many of us still remember the amazing Sunnybank Collies such as Lad, Wolf, and Bruce who exhibited those very same traits.

As I began my search, I was confused by the many Collies I saw on breeder pages. They did not look like the Lassie from my childhood memories or my uncle’s farm.  They were Collies; but not what I remembered the Collie to look like. I went back and looked at photos from the 1940s when Lassie first debuted on the Hollywood screen and compared the Collies I was looking at. Sure enough, they were different in appearance. This is what prompted my search for the classic farm Collie – the Scottish Collie. 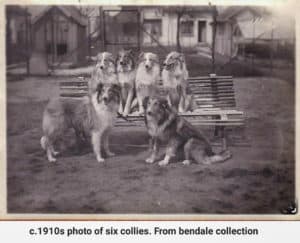 After several months of poring over the Internet, I found the type of Collie I was looking for in Canada. The sire was from Spain and the mother was a farm Collie from the Northwest region of the USA. There on my computer screen was a litter of incredibly beautiful Collie pups with the most expressive eyes and intelligent faces I had ever seen in any dogs.

I was truly blessed that the breeder worked with me, and I received my beautiful pup whom I named “Titus.”  He was exactly what I had remembered Lassie or Lad to be. He bonded to me instantly, learned our routine quickly, is smart, confident yet nurturing, eager to please, and loves to play. He is a classic type of Collie in every way. He has a full white collar, big expressive eyes, and a rich copper sable coat that is moderate in length and requires minimal upkeep. I had owned Labs, a Sheltie, a Border Collie/Heeler cross and a few rescues along the way; but in just a short time of having a Collie, I knew I had found my breed.

When I was on bed rest for weeks due to an injury, Titus lay by my side and refused to go on his beloved walks or hikes with my husband. He once nurtured a nest of baby bunnies, often helps me bring the horses in off the pasture at a calm trot, goes for miles of hikes through the Black Hills, protects our property from intruders but welcomes guests invited into our home, alerts us to hawks circling our property, and has even stood his ground with coyotes that approached from the tree lines. He has competed and titled in Agility, Trick Training, and Barn Hunt; and he has gone to the local children’s center on special occasions to perform tricks for the youth. He is just an all-around great dog. Even more importantly, he has passed on his amazing traits to his puppies.

When I take Titus out in public, people often stop to ask if he is a Collie and eagerly mention that he reminds them of the farm Collies their parents, grandparents, and other relatives had on their farms when they were young and how they had not seen a farm Collie in years. They reminisce on how smart those farm Collies were and the many adventures they had growing up with them. Sometimes they ask where they can find a Collie like mine. I happily refer them to the “Scottish Collie Preservation Society” which preserves the classic-type Collies that were often found on farms in the early and mid 1900s.

Just recently I met a gentleman named John West who had a photo of an amazing family farm Collie from a newspaper clipping. That Collie named “Shep” lived in a small farming community in South Dakota in the 1960s. He was raised as a pup by William Serbousek, and the two were deeply bonded. William died in 1979, and Shep grieved for William, refusing to leave his beloved master’s porch – waiting for him to return.  Shep stayed at the abandoned farmhouse, declining to move in with other family members who tried to take him into their homes. They eventually let him stay there, brought him food and water and checked on him until he passed away at 22 years of age. Yes, that is correct. He lived to be 22 years old! 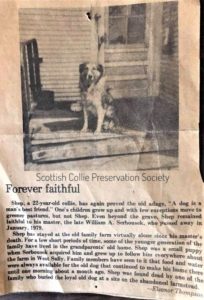 I visited quite a bit with John West about the farm Collies he grew up with. He told stories about one Collie dog they had named “Pup” who loved to work cattle. When he got bored, he would grab a cow’s tail and swing along behind them flying in the air. John talked about how one of the Collies hated rattlesnakes and would kill every one he saw. He got bit so many times that eventually he had no swell-up from the bites. John said he could not remember any of their dogs dying from rattlesnake bites.

Their Collies were tough dogs. They survived on table scraps and wild rabbits. Occasionally John’s dad would stop at the butcher’s shop when in town to bring back fat trimmings and bones for the dogs to feast on, because he received them for free. John stated he used to wonder why their dogs were so loyal, then mentioned that maybe it was because the family always kept a milk cow or two on the farm. The Collies were so excited to greet their people when they returned from the barn and followed at their heels when they were carrying the milk buckets, knowing there was warm milk that was sure to be shared with them if they begged. John said they almost smiled when that warm milk was poured in their bowls. He had so many fond memories of those Collies.

Back in those days every dog had a job, and if a dog was not good for anything it was not kept by the people living on farms. They relied on those dogs heavily for companionship and to help herd, protect poultry, and alert to danger. In return they took care of their dogs as best they could. They did not vaccinate their dogs like we do today other than for rabies. Rabies was a real threat as the Collies often interacted with raccoons, foxes, skunks, and coyotes. They also did not want to deal with a high maintenance coat or tend to unhealthy dogs with allergies, sensitive stomachs, or poor temperaments. They bred for healthy, highly intelligent dogs, built form to function – dogs that could endure brutal weather conditions, just as shepherds in the Scottish Highlands and British Isles did over 100 years ago where the Scottish Collie originated from. They were less concerned about the dog’s coat markings or if the ears tipped or were erect. They focused on the dog’s ability to perform as a working farm Collie.  In the late 1900s these Collies became somewhat scarce as people left farm life for the cities and larger farms opted for modern management practices.

Fortunately, the Scottish Collie (Farm Collie) is starting to make a comeback as hobby farms are becoming more popular and people are wanting an all-around farm dog that is easy to train and can perform a variety of tasks but also has an “off” button. People who like to compete in sporting events are also starting to recognize the Scottish Collie as an alternative to the exceedingly high-drive Border Collie. Those who live active lifestyles and want a hiking dog or family dog with a nurturing nature who will bond with their children are finding the Scottish Collie a perfect match.

The Scottish Collie Preservation Society was formed in 2016 and has approximately 700 dogs in its registry now.  These dogs are being bred back to the original working Collie breed standards from the late 1800s/early 1900s, with a focus on health and longevity.

Want to support Collie Chatter? Leave $1 or more tip on vocal.media or purchase one of our recommended dog products from Amazon so we can buy more dog supplies ourselves!
Get new blog post updates through our monthly email newsletter.
Tags: farm collie, longhaired collie, old-fashioned collie, Rough Collie, scottish collie

Legacy of A Rescued Collie