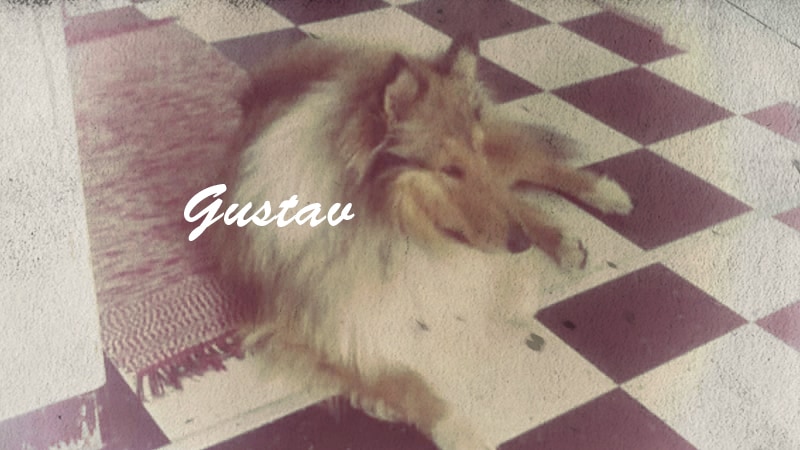 For those who may not yet be enlightened, a cavy is the tater-top-shaped creature commonly called the guinea pig. Yes, I admit I just wanted my title to alliterate and get your attention. (Writers. We’re weird like that.)

My first ever cavy was named Zorillo (Zor-EE-oh), which means “skunk” in Spanish, due to his black and white markings. My family has a weird thing about naming animals after other species. There was the coon named Kitty that we raised one summer. Whenever someone new would come over we’d ask, “Would you like to see our Kitty?” Then we’d bring out our raccoon and revel in the shock she always produced. It never got old.

My sister got a kitten who behaved more like a puppy, so we named him “Sabaka,” (Suh-BOCK-uh),which is Russian for “dog.” Funny? Maybe not, but we certainly thought so.

Guinea pigs are severely underappreciated as pets, probably because they are vaguely reminiscent of what would happen if as a craft project, you gave preschoolers potatoes, pipe cleaners, and googly eyes then told them, “Turn these into animals.” In other words, guineas have a certain comical appeal – but they’re not going to win any beauty pageants.

Zorillo and my Rough Collie, Gustav, were great friends. I always left the top hatch of Zorillo’s habitat open (made it myself to give him more space) so Gus could stick his head in and say hello. If Gus failed to greet him when he walked into the room, Zorillo would position himself under the opening and squeak until he received a proper nose-bump and sniff inspection. (The same noises he made when his hay bin needed to be refilled or he hadn’t received his daily allotment of fresh veggies.)

The year I went to China to be part of a summer teaching program, my parents were willing to care for Gus, but not my guinea. I ended up rehoming Zorillo to a wonderful family who would spoil him at least as much as I did.

But I think Gustav missed him. He soon had another creature to raise, as my sister got a German Shepherd x Belgian Malinois puppy named Sabre. Young Sabre filled that Collie caretaking need quite nicely, yet Gustav didn’t forget his little guinea friend.

I know this, because one day he brought me another one.

We were on one of our daily walks, with him strolling off-leash down a quiet country road. (I was fairly fresh out of college and staying with my parents in Michigan at that time, who lived out in the middle of nowhere.) Suddenly, Gus’s head jerked to the side as if pulled by a scent-string, and he darted down into the deep drainage ditch by the roadside and disappeared into the cattails lining its bottom.

This was unusual behavior for Gus, but I wasn’t too concerned. I figured he was just trailing a muskrat and knew he wouldn’t stray beyond calling distance. Watching the cattails move in his wake, I waited for him to emerge.

Gustav came back up, but he wasn’t alone. He was nose-nudging a small thing up the incline, which was still hidden by the long grass. When Gus reached the road, I saw something darting about amongst his legs as if in a jail cell, trying to escape but blocked at each attempt by his large, surprisingly nimble paws and wedge of a nose. I was shocked and baffled to see the creature was a calico guinea pig!

Gustav heard my gasp and looked up with the expression of a proud new father – positively beaming. That shining-eyed moment allowed the guinea to escape his leg-cage, and he had to corral it again. I swooped in and picked it up. For an instant, it scrabbled without attempting to bite me – reasons I love guinea pigs – until I wrapped it in my T-shirt. There, snuggled against my stomach, it seemed content to remain.

After knocking on several doors and asking if anyone had lost a guinea pig, I was directed to the home of a local wildlife rescue woman. Her house was now closer than my own, so I took the little cavy there. She was out making the rounds, caring for her animals, when I arrived in her driveway with my midriff exposed below a shirt-wrapped bulge.

I explained the situation and asked if she could help. She said, “You found it in a ditch?”

“No, my dog found it and brought it to me,” I clarified.

She eyed Gus appraisingly and said, “Maybe I need a Collie.” Then she sighed. “I normally only rescue wildlife, but you did find it outside…”

Sensing she was weakening, I added, “And I can feel scabs on its back. I think maybe a hawk or something tried to get it.” (After a later examination, Keirstie determined the scabs were from bite wounds.)

She shook her head, then marched down the drive toward her barn. “Bring it in. I’ll find somewhere to put it,” she said over her shoulder.

That was a great day for Gustav and me. We followed Keirstie into her barn, where she rifled through boxes and bins, muttering to herself while I cheesed over the baby raccoons, squirrels, muskrats, possums, and bunnies in her care. A few small fawns were curled up asleep in pup tents, and I don’t know that I’ve ever seen anything more precious.

Once the guinea was set up in a temporary habitat, we went out into the substantial fenced-in grounds, where Gus was followed around by one of the curious older fawns. It was bold enough to experimentally nibble his fur! Keirstie had a pond for the wildfowl, which was regularly raked out each year so it didn’t smell like death. All the animal pens were tidy and clean, and the pastures were well-rotated. “From the front, I would never have known any of this was here,” I marveled. (Hence the name Out-Back Wildlife Rehab Center, I suppose.)

She showed me her cat enclosure, a room in the barn connected to an outdoor run with a jungle gym of climbing equipment where the rescued cats lived in community. Some of the stories of the cruelty those cats had lived through (one electrocuted, one staked to the ground) turned my stomach. “I know how destructive cats can be in nature and I have too many small animals to take care of, so I can’t just turn them loose,” she explained. “I try to find them homes; but if I can’t, they’ll always have a home with me. I’m not very good at turning animals away.”

We stayed until dusk, and the wildlife rescue became a regular stop on our walks until I moved to Florida. The survivor cavy was initially going to be rehomed, but Kierstie ended up keeping her (foster fail!) and named her Rita. Rita had a bit of a head tilt, which Kierstie reckoned was likely the result of being tossed out of a possibly still-moving vehicle, but she lived out the remainder of her days in peace and safety.

Gustav has gone on to help me raise a rabbit who was rescued from a piglet pen, many chicks and ducklings, a couple of parakeets, several kittens, a few more puppies, and two orphaned baby goat brothers who needed to be bottle-fed and thought he was their dad… But those are other stories.

Keirstie and her wildlife rehab center are still in operation, and it is a nonprofit organization that is entirely volunteer-run and donation-funded. If you can give to help, it would of course be appreciated. Spring is the time when many wildlife babies become orphaned when their mothers are hit by cars, or sometimes the babies are themselves injured. If you can’t give, please share this story and others like it to raise awareness for wildlife rehab!

The Collies Who Rescue Cats

In Pursuit of A Pet-safe Garden