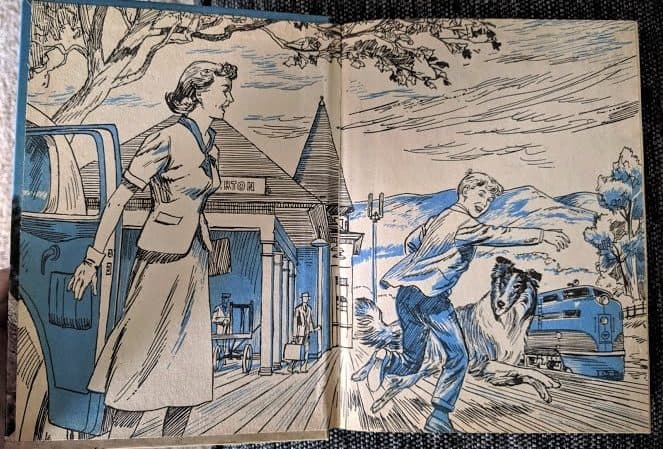 If you’re hoping for your average book review, this is not the post you’re looking for. However, if you’d like to hear how a classic old Lassie novel started a family feud, read on.

Lassie and the Secret of the Summer was the first full-length Lassie book I ever read. It was originally my older brother Vince’s book, but I kept stealing it from him to read it over and over. It got so bad that he finally hid the book inside the torn lining of his box spring.

I knew he often concealed contraband there, so I waited until he left his room. Then I crept in and stole the book back, tore out the front page that had his name on it, and wrote my name on the next page. I suppose in my 6-year-old brain, that made my rights to the book indisputable?

That was well over 20 years ago, so I honestly can’t remember if Vince gave up after that point (unlikely, as we were both quite stubborn), if I was just better at hiding things (possible, as I was a devious sort), or if I finally wised up and traded the coveted Lassie book for something he wanted more (the most likely scenario, I’d say).

The point is, the disputed book is still in my possession to this day. Vince has been on a nostalgic collecting kick this past year, and while at an antique store recently he found a copy of that very same Lassie book, took a picture, and sent me a message that said, “We used to have this book as kids, didn’t we?”

You see, it all worked out. Vincent bought that copy and has his own now – in much better condition than my rather battered-but-beloved book – and it holds pride of place on a bookcase in his living room. He didn’t even remember I had repeatedly taken the original, until I confessed my childish misdeeds to him.

So was I right to steal it? The moral side of me won’t go that far, but my dark side feels validated in the belief that he couldn’t possibly have loved that Lassie book as much as I do.

And in case you’re still holding on to the mistaken notion that I was going to work a regular review into this tale somewhere – no. Sorry to disappoint, but I did warn you. I may be a (reformed) thief, but I do try very hard not to be a liar.

I will simply say this: of all the Lassie® books I’ve read (the ones spawned by the movies and TV show, not including the classic Lassie Come-Home story), Lassie and the Secret of the Summer was my absolute favorite. Since it was good enough for 2 young children to squabble over and still retain fond memories of as adults, it’s probably worth reading. And if nothing else, it has quaint illustrations and looks great on a shelf. 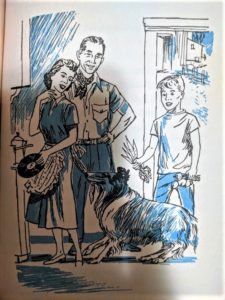 As far as I know, no reprints of the old Lassie books have yet been made – more’s the pity – but you can find collectible editions of Lassie and the Secret of the Summer here on Amazon, as well as on Ebay and Abe Books.

The Science of Collie Genetics

Our Top 20 Recommended Toys for Collies