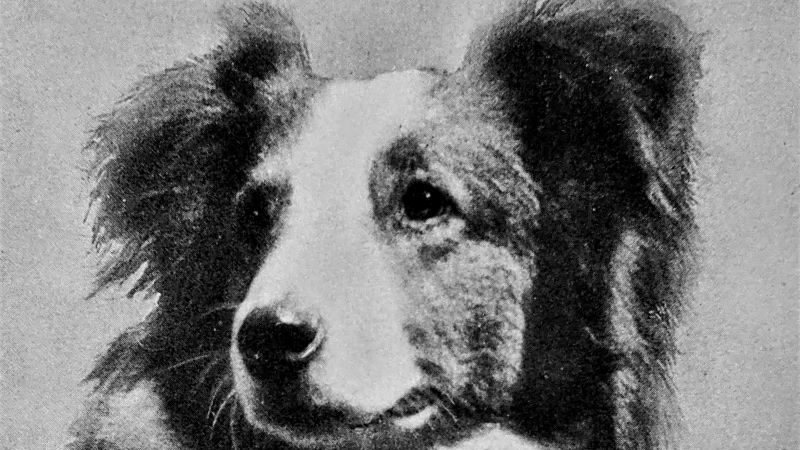 Silverton Bobbie the Wonder Dog is the real-life Lassie Come-Home. As the events of his remarkable journey occurred more than 15 years before the publication of Eric Knight’s iconic work, some speculate Bobbie’s homing trek inspired the fictional Lassie’s. Regarding the rumor that Knight’s Lassie was modeled after Bobbie, there seems to be no concrete evidence Eric Knight was aware of Silverton Bobbie. However, it is a compelling conjecture. Bobbie the American Collie did receive fan mail from many countries including England, Eric Knight’s birthplace, though he spent much of his life in America. Bobbie was quite the talk of the English-speaking world for a time, and consequently “Bobbie” became a popular Collie name. (In the 1930s, my grandma grew up with a Collie named Bobbie on the family farm.) It would be more surprising if Eric Knight had somehow escaped knowledge of Bobbie the Wonder Dog.

This story is still relevant today, since it stands as a testament to the devotion dogs display for their humans. Bobbie was determined to reach his master no matter the obstacle. Like Lassie the come-home collie, he crossed bridges when they were available, swam rivers when there were no bridges handy, and had many adventures along the way – both good and bad – with humans and animals. Given the timeline of Bobbie’s journey, he must have crossed the Rocky Mountains in the throes of winter. That’s something Lassie herself never had to face! Depending on his route trajectory, Bobbie also traversed more territory than Lassie did, with estimates putting the total distance between 2,500 to 3,000 miles (4,000 to 5,000 kilometers).

Bobbie is also special in that he is a dog of the people, if you will. In his early life, he was a working farm dog who transitioned to city dog when his owners moved to run a restaurant. (Bobbie was originally purchased along with the farm, but he did not consider himself sold and kept returning to his family in the city until they bought him back.) He has been variously claimed to be a Scotch sheepdog, an Australian shepherd mix, and a Scottish collie. In truth, Bobbie’s dam was a registered collie, and his sire had a registered collie parent and an English shepherd parent. Being three-quarters collie and one-quarter English shepherd, Bobbie was no blue-blooded rough collie. It may be that his mixed heritage gave him advantages (right down to the un-collie-like hind dewclaws!) necessary to survive on his journey.

This 1926 book deserved a reprint for more than just the content of the story itself. In delivery, its style is reminiscent of the survival tales of Jack London or the works of Albert Payson Terhune in which he extolled his Sunnybank collies. Charles Dewey Alexander used what he knew of Bobbie’s early life and travel experiences, then fictionalized the parts during which Bobby had no human interaction and there were no witnesses to his adventures. In that this book is both a work of nonfiction and fiction, it is unique. Readers are encouraged to read the appendix after the conclusion of Chapter 11, in which the author included excerpts of letters and much information about Bobbie’s real life story.

Bobbie became an international sensation after the conclusion of his journey, so much so that he even starred in his own silent film, The Call of the West. (Unfortunately, reel number two was damaged and has not survived, but the Oregon Historical Society made public the first half of the movie.) At his death, the nation grieved, and Rin Tin Tin laid a wreath of flowers on his grave. But that has certainly not been the end of his legacy. Bobbie was known to have at least 15 puppies with Mrs. Bobbie, and the notion that some of his descendants are with us today is not far-fetched, since routine spay and neuter were not common in the 1920s. While alive, Bobbie was the darling of Silverton, Oregon, and the town still preserves a monument and mural to their very own Silverton Bobbie that encompasses half a city block. Every year, dog lovers from all over stop to make the tour and take photos, some with their own beloved pups. After reading this book, you may find yourself planning a road trip, too.

This is Emily’s introduction written for the e-book reprint edition of the previously out-of-print book Bobbie: A Great Collie. Click this link or the picture below if you would like to purchase the complete book.

To request a paperback or hardback copy, leave a message in the comments below or through our contact form.

If anyone has made a pilgrimage to the Bobbie “shrine” in Silverton, Oregon, let us know in the comments!

How Smart Are Rough Collies?

The Collie Who Came Home for the Holidays