No Result
View All Result

Yoshi, a case in point!

Gustav was already four years old by the time we saw a picture of tiny little Yoshi online. In our minds, he was the standard Rough Collie: loyal, beautiful, proud, intelligent, and possessing a vague attitude of royalty. This is what we expected.

We continued to believe this would be the case even after picking her out of the litter and driving four hours home. It turned out that her calm and slightly aloof manner was mostly due to the fact that she was hot, tired, and being fed adult dog food. After giving her a week of good care, we were blindsided to find that Yoshi was in fact, nothing like Gustav.

Don’t get me wrong: she is still a very vocal dog, her favorite toys are paper products, and she can appear to be stoney and intense. But the majority of the time she is “a derp” – as the Internet has now knighted more playful, clumsy, simple-minded dogs.

Our term for her is “the floof.” It just fits. She “floofs” and “boofs” around like a wind-up toy that has no determined direction but exists for the sole purpose of running into things and amusing those around it.

She’s very excitable and playful, and is the weirdest mix between a dog, a fox, a sheep, and a ferret that I’ve ever met. While Gustav and Freckles are motivated by food and praise, Yoshi is solely interested in the toys we can buy and the games we can come up with. She is by far our most entertaining dog, but was the most difficult to train as a puppy.

All three of our herding breed dogs are intelligent, including Yoshi, but she is often so distracted by anything and everything that accessing that intelligence proved difficult. It took over a year to truly train her and to provide positive outlets for the trembling chaos and desire to play that lay within her 24/7. Part of the ease did come with age, but also we were able to learn her love language and finally form the mutual respect that we have now with her.

Yoshi’s tongue is still hanging out of her mouth a good portion of the day, and she still requires much more stimulation and toy options than the other dogs; but she has turned into a delightful “derp” instead of a volatile, unmanageable one. She lays at our feet wherever we place ourselves, she is recalled with ease, and she is affectionate and playful.

We will continue loving her for her ridiculous noises and the way she brings us toys when either of us have been sitting down for too long. She is our floof: the perfect dichotomy of Noble Collie and Derpy Puppy.

Parasite Protection for dogs with the MDR1 Gene

Cheyanne is a young adult as full of mischief as her dogs are. She can connect with dogs better than most people and can tell their stories since they can't. 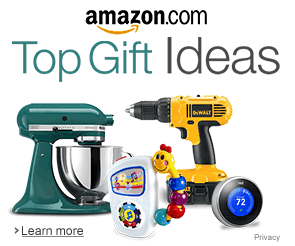 No Result
View All Result

Send this to a friend